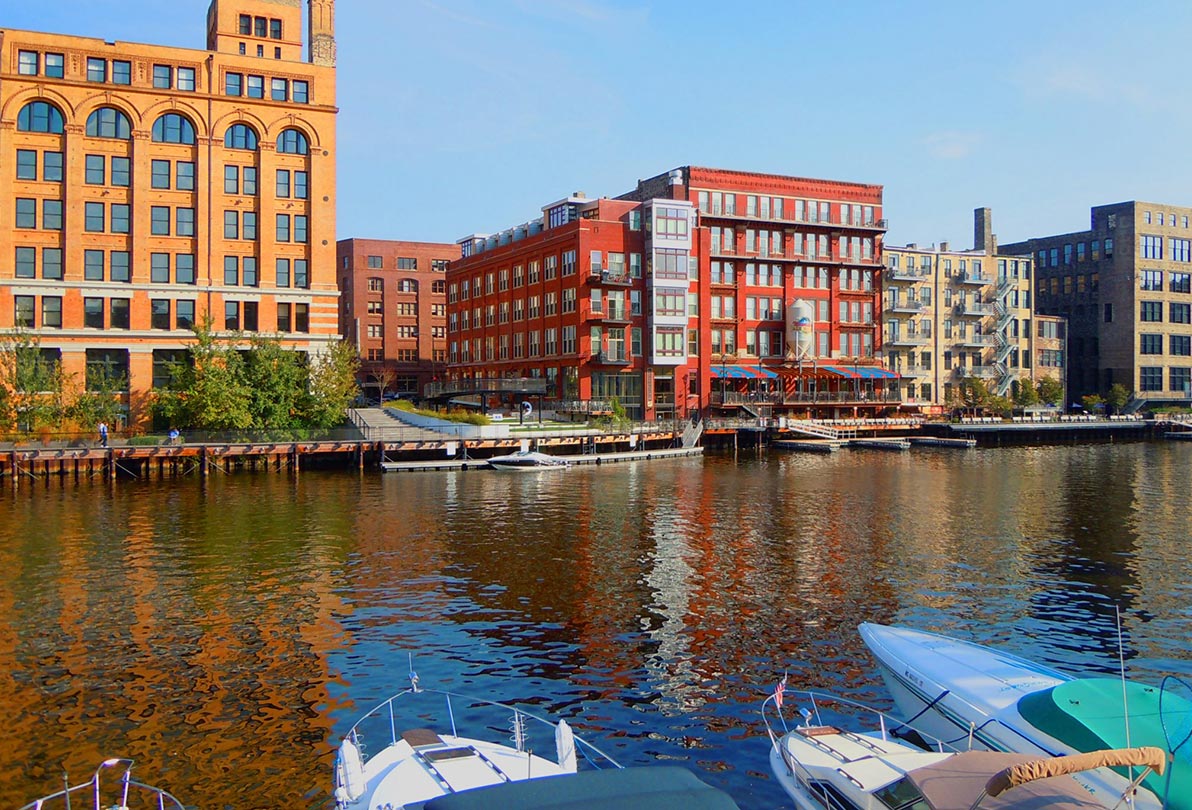 The Broadway has played a vital role in Milwaukee's history. Following the great fire of 1892, four 5-story cream city brick buildings were constructed starting in 1893, which today comprise The Broadway (6th floor added later). The Wellauer Building (grocer) on the corner of Broadway and Buffalo and Breslauer, a distiller and importer of wines and liqueurs, constructed three buildings just to the south. The Broadway was converted to living quarters in the 1980s.